The Consequences of Revenge 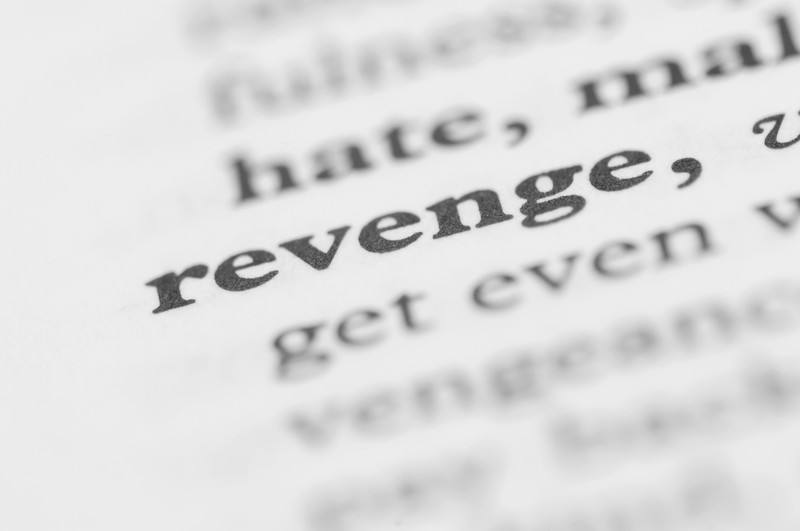 Want to see the emotion instantly rise in someone? Ask them the question, “What would you do if someone harmed one of your loved ones?” The answer I receive about 95% of the time is something like, “I would kill the person!” And often, they will ask me, “Wouldn’t you?” But what are, The Consequences of Revenge?

My reply is, “No, I would not! Well, I hope I would not!” Almost instantly, I receive looks of wonderment and disbelief. The comments that typically follow are, “How could you not?” or “What is wrong with you?” I sometimes get looked at as less than caring or lacking empathy for what my loved one has faced.

This ALWAYS opens the door to a fascinating discussion because since becoming a grandpa over four years ago, I think much more about topics like this than when I was a young father.

Let me start by saying I have no way of knowing one way or another what I would do, but I hope I would not kill them or cause too serious harm. I would have a deep desire to harm them if I got hold of them, but I have spent many hours thinking of the consequences of taking such a dramatic action and who it ultimately hurts. It is critical to think of a scenario like this when you are calm, not at the moment, because I am quite confident your action would be swift and violent if given a chance. This does not address someone who might calculate their revenge which may be a topic for a different blog post.

Many of you might think it will give you some level of satisfaction to inflict pain or worse on them. But will it? Someone has harmed your loved one, and you can’t take that back by harming the perpetrator. I can’t speak for anyone but myself, but some may feel some small sense of satisfaction exacting revenge, but it will be fleeting and not change the past. And who might it ultimately harm the most? At that point, seeking help for the victim is paramount because one’s momentary reaction to revenge will add to the mountain of harm already done to your loved one.

To be completely honest, I would feel much better if their harm came from their time hopefully spent in prison for their actions by someone else as it would not affect what I discuss in the next paragraph.

What conclusions have I come to? I have thought about it for many years, but last year when I wrote my book on Conflict Resolution, it struck me most, mainly when I would watch and play with my granddaughters. I thought if I was to react violently to anyone who harmed a loved one, odds are it will not be calculated but rather emotional, which rarely ends well. And while they may deserve it and more, my loved ones like my granddaughters are my priority above anyone or anything else. A momentary lapse of reason or judgement in that instance will probably bring me in front of a judge. And while a jury, judge or anyone might empathize with my actions, I am not comfortable enough with the justice system to keep me out of paying the price for my actions. Where would that land me? In jail, most likely, and if I am in prison, who have I hurt? I have hurt those I want to protect and be with, those I want to watch grow up and play with, help guide, or spend quiet time with. If I am in prison, I have taken all that away because I desired revenge above that.

I said I have spent a lot of time thinking about this and have come to these conclusions. Still, again I must be honest in saying I can’t know for sure how I would react, but I think spending this much time reflecting on it has been valuable as depressing a topic as it is even to be curious about.

You often hear people who have taken revenge say they would do it again in a heartbeat. I understand it, but I think we must look beyond that, much further to who it harms the most.