I thought it might be valuable to look at some original acts of violence each week and offer my reaction to educate people on how they might identify, avoid, or react to them if they are ever in a similar situation.

Foremost I must point out that every situation is unique, and there are no definite answers that will be successful in every scene of violence. But there are many principles and concepts that one may learn to help make the best decision to get home safely.

This video, Woman Survives Terrifying Abduction – Caught On Camera: The Untold Stories is about the abduction of a woman, Carlesha Gaither on November 2, 2014 in Germantown, PA.

This video offers the full story, but I will focus on the incident you can view beginning at 10:08 of the video. I will then offer my comments and thoughts.

Several things to consider from what I see. We teach much of what we see in the video at virtually all of our self-defence & violence prevention seminars.

1) The attacker has been very precise in choosing his victim. He chooses a woman who is by herself, isolated, and in his mind appears vulnerable. While it seems to be an urban area, there appears to be no one around, one of the primary criteria an attacker looks for because they do not want to get caught. Another measure the attacker looks for is a distraction. Is the person they are targeting distracted, or can they create the distraction. So, isolation plus distraction plus vulnerability is the formula the attacker measures in choosing their victim, particularly in a random attack.

2) He parks his car strategically, knowing she is walking in that direction to minimize the distance he must drag her in the abduction.

3) He approaches her and adopts two strategies we teach women in our self-defence programs. He asks for directions to get close to her and possibly have her turn her back. So, in this case, it appears she is not distracted, so this is his attempt to bring in the distraction. She does not turn her back, so he extends his hand as if being a gentleman. I can’t speak for her, but many will offer their hand back despite not wanting to fear appearing rude.

4) By extending your hand and making physical contact, you have put the person in a position where they can pull you in and control, restrain, or strike you. Keeping minimum proximity out of their reach is essential when possible.

5) He drags her towards his car. She is putting up a fight trying to slow him down by getting some center of gravity, but he overpowers her and moves quickly. It also appears he has one of her arms restrained as they move towards his car.

6) The attacker often chooses someone they feel they are stronger than, so attempts to use strength or leverage are limited in their success.

7) Despite the chaos and frenzy of the attack, she is brilliant in dropping her cellphone and glasses, leaving evidence for any bystanders or police who arrive on the scene. While this was brilliant, the priority still needs to avoid moving you from Point A to Point B. We call Point B the secondary location. Sadly, when someone is taken to a secondary site, there is a slim chance of surviving the encounter. If you watch the full video, you will see she was able to survive, thankfully.

8) She indicates she breaks his car window with a hammer after once hitting him in the head, but he still maintains her in the vehicle and drives off. 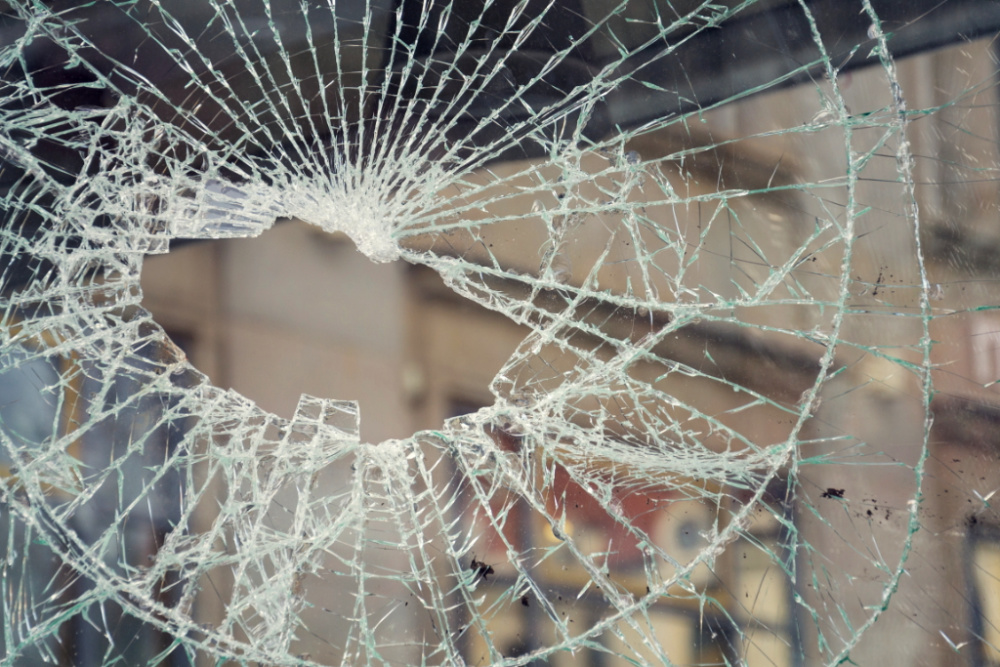 Some additional thoughts I have to the above ones mentioned.

In point #1, I mention isolation. Many will teach, do not walk on the streets after dark, but that is too simplistic to say. Sometimes we can’t avoid walking at night or being by ourselves. Perhaps your job has you ending your shift at night, and you do not have a car, or maybe there are no buses. People teach you to be aware of your surroundings continually. But one can’t do that 24/7, but they can determine when and where they need to be more mindful, listen, and watch their surroundings, as in this case. But being aware does not mean they will not choose you, but if you genuinely look aware, that will translate into confidence and might lower your chances of being selected.

If she could see him park his car ahead, then walk back, that might give her some apprehension or have her intuition tip her off that something is not right, but I don’t think she saw him park the car.

Asking for directions is a simple method to distract someone because it is a request that fits many scenarios, but the feeling you get from how they ask, how they approach or how close they get is the key to understanding if this might be a setup. If I needed to ask for directions late at night, I would make a point of maintaining a significant distance, knowing that the person I was asking might not be comfortable. And if I noticed they were not pleased, I would remove myself immediately, but this guy gets closer. As I tell people, directions do not get better the closer one gets, so no need for someone to get very close.

He then extends his hand to shake her hand, which she does. In my experience, this is very common and one the attacker is banking on. They know most people are polite and automatically extend their hand back, putting themselves in close contact. Be very wary of any stranger in an isolated location who attempts to shake your hand. There is no reason to shake your hand. Never let the fear of appearing rude overrule your intuition if it does not feel right.

He drags her to his vehicle. Here is where I might have some differing opinions from others who have also reviewed this video. Again, no one can know exactly what will work, but let’s explore some options. He appears to have her back to his chest, so he is behind her. She attempts to use her legs to stop him, but he is too strong and he is moving very quickly. I might suggest she has a better chance to defend herself by trying to face him. A sudden turn or shift into him or away from might achieve this, but attempting to stop his weight from directly behind is too challenging. A quick shot with her free right hand towards his face “might” cause him to be defensive for a moment. Not sure if her left hand had the chance to strike back to his groin. And that strike to the groin will not stop him but might cause a momentary defensive reaction to allow you to turn towards him. Do you notice I keep saying “might”? That is because it all happens so quickly, and no one can know for sure. But I know she is better to be facing him with his most vulnerable targets of the face being in front of her.

Many will say she needs to strike him, but because he has her so close and tight, strikes will be limited if effective at all to garner any damage. This is where close quarter tools like eye-gouging, clawing, raking, biting, attacking the throat while screaming (the whole time) will have the highest chance of success because they do not require distance and strength, even if he picks her up.

Some teach she should go dead weight and fall to the ground. I always hesitate to suggest that because if your goal is to run, then going to the ground, then attempting to get up might be difficult. And sometimes, the attacker might mount the person. Here, he is not as likely to do that in a public location, even if it is quiet. And if he is holding her up to some extent, going dead weight will not likely change anything with them being stronger again. Doing damage as fast as possible is the priority, in my opinion, while yelling.

Throwing her cellphone to the ground was very smart but is more reactive, not stopping the attack. But again, better to throw it than not so quick thinking on her part.

The challenge with all this is that playing armchair quarterback is easy. She survived thankfully and put up a hell of a fight, where someone else or a different attacker might have changed the results significantly from them not continuing the abduction to the worst case of being sexually assaulted or killed.

I would love to hear your thoughts on this video and where you feel we might offer some education for those who read this blog and view this video.