How Could Social Etiquette Overrule Survival?

In this SAFE International Blog, I am thrilled to introduce you to our latest SAFE 360 Certified Instructor, Sebin George, who resides in India. He has a passion for making people safer, particularly those deemed vulnerable and those who face additional challenges because of the social etiquette they have lived with throughout history. I felt this blog post from him was an excellent way to meet him and understand the challenges he faces in India regarding personal safety, those who need the instruction, and the obstacles he wants to help his clients face.

From time to time in this blog, I will add a few thoughts I feel are pertinent. While there are several challenges we face in North America regarding social etiquette and safety, the challenges Sebin faces in India are much more significant. I hope you find this article interesting. 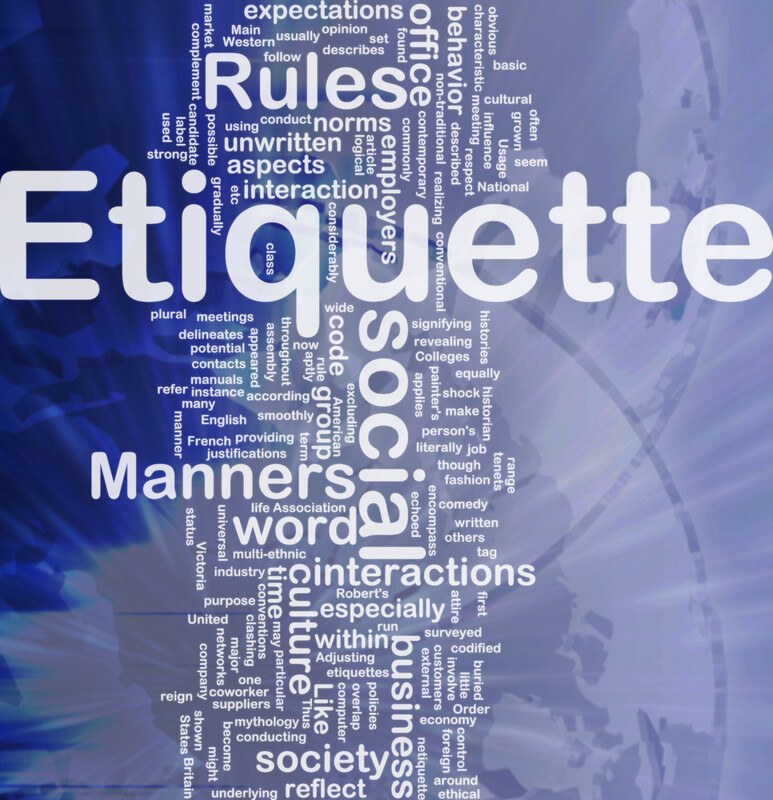 How would you behave in a potentially violent situation? Would you follow social behaviour to be an ideal person, or do you use your survival skills beyond the social etiquette of what your country, community, or family expect?

Social decorum is nothing but the behaviour people are expected to follow in society. In other words, what defines an ideal person. It varies from nation to nation and community to community, playing a vital role in a hierarchical society. In a hierarchical society, people are ranked based on religion, caste, gender, social groups, etc. The factors of societal hierarchy determine the rightfulness and wrongfulness of social behaviour and govern a person’s behaviour or conduction of an activity.

We consider family as the nucleus of India’s social system and teach people how to behave in a larger society. Most families’ common core is patriarchal, which nurtures the concept that men are meant to protect the family members. Women are meant to be protected by men. The concept favoured women to be protected by the men initially. It produced a male-dominated family system in society. Moreover, it leaves a chance to manipulate the idea and keep the women under men.

Manipulated family relationship instills the thought in females to respect the men, which fosters a loyal mentality towards men. The older male makes all the family decisions in the family, and the rest of the family members follow their orders. The male dominates females, and the elders dominate younger ones. This is the core of social behaviour in personal and public life, and society forces them to adhere to this rule strictly.

Social behaviour and violence are reciprocal in relationships. Social conduct determines the action of the attacker and the survival skills brought by the target. The society favouring male and elder groups’ dominance tends to keep the opposite category in defence.

Chris – Okay, it did not take me long to offer some thoughts, but what stands out to me is how important family is wherever you live on the planet. BUT how in Indian culture, females are instilled from an early age to respect, honour, and follow the males’ decisions in the family. This structure is a recipe for disaster for women’s safety in how they are perceived, treated, and respected daily. I am not saying things are perfect in North America, far from it, but I don’t believe this is similar to universal thinking in India. Yes, many do “operate” their families with a similar viewpoint, but it is not a widespread view, in my opinion.

Physical violence has become the product of expected social behaviour. Manipulated concept of a patriarchal based family shows the idea of male dominance. It validates the thought that women are subject to physical assault by men. This misinterpreted family system injects the image of oppressed women in the next generation’s minds, and they follow the same.

The grandfather dominates the grandmother, the father dominates the mother, and the brother dominates the sister. It all projects that the ideal woman always tolerates the physical and verbal abuse by the perfect men who are the oppressors. In other ways, a perfect man should dominate women and abuse them physically and verbally to maintain the societal and familial hierarchy. What we learn from the family will be applied in society since the family is the primary institution of socialization. It increases not only domestic violence but also social violence towards women.

The system projects the woman as the prey and the man as the predator. This predator-prey mentality creates a man’s fear of being insulted by the women and of women being battered by the men.

Teleserials have a great grip on family audiences in India. The most popular teleserials telecast content that promotes physical assaults towards women and men’s masculinity. It creates a societal and psychological impact on audiences to behave like the characters in the movie. Several movies display that an ideal lover should have the features of a stalker or the partner should control the female partner through masculinity.

Chris – How do females have a chance to grow up feeling safe when born into this philosophy? Many who experience domestic violence here in North America only feel a bit more secure or safe when they are out of the home when the homestead should be the sanctuary. Still, in India, women face oppression and disrespect inside and outside the home. As Sebin points out, it fosters an environment for acceptable violence because the female’s actions are responsible for any violence they may be subject to. In North America, there is still a large segment of people who feel this way, but I hope and believe it is not as significant as he is pointing out to us. 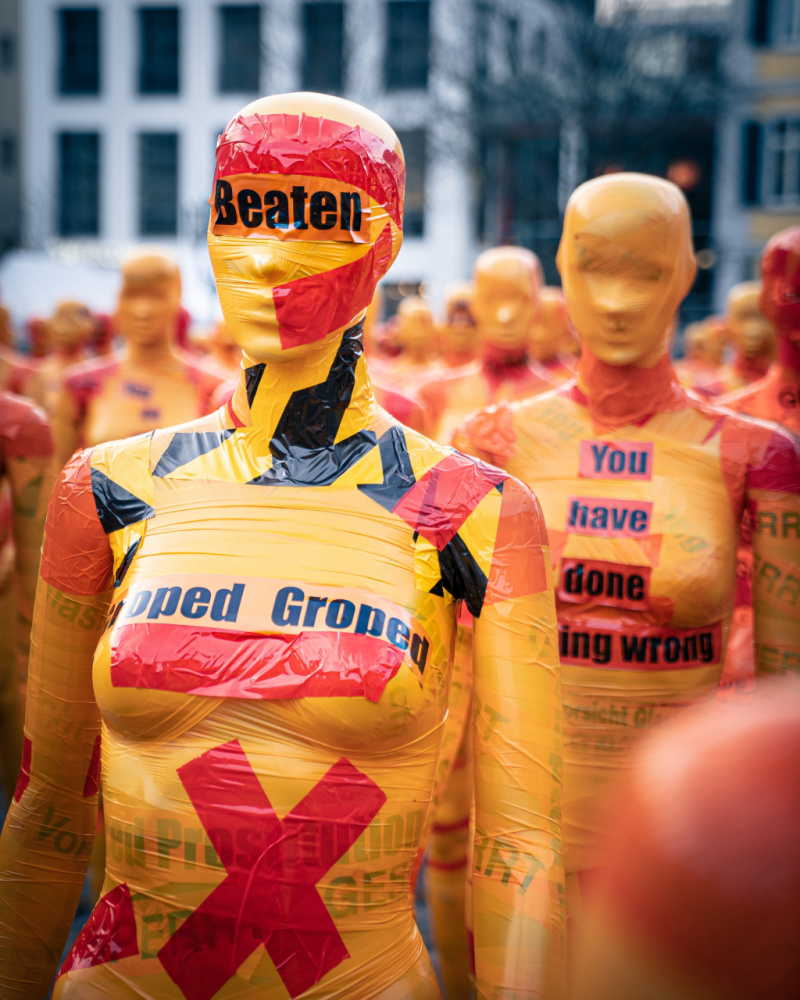 While considering cases of molestation, it commonly happens in India’s workplaces, on public transportation or even in public places. It all starts with the male intentionally rubbing his body part next to the body of the female. In most cases, females fail to respond because of the fear of going beyond the expected social behaviour. Their mindset is already rooted in the thought that an ideal woman never responds in public or yells; otherwise, they appear awkward. Sometimes, if a female does react to the abuse, her image of being an ideal woman fails to win the bystanders’ support. The bystander effect principle hardly helps the victim since most of the bystanders fall under ideal men.

Expected social etiquette, along with the fear of being insulted, sets women in the state of prey. An ideal man thinks, “An Ideal woman must follow the ideal time, ideal dress code and code of conduct in public.” Anyone who comes out of these marks is meeting the selection criteria of stalkers or molesters.

In essence, it is the woman’s fault. The Nirbhaya case is the most sensational. In 2012, an Indian medical student was violently raped on a moving bus in Delhi and died of horrific internal injuries. 5 men were found guilty, including one minor. Four of the men were sentenced to death. A reputed news channel interviewed one culprit, and the culprit justified his demonic act by saying,

“A decent girl won’t roam around at nine o’clock at night. A girl is far more responsible for rape than a boy. Housework and housekeeping are for girls, not roaming in discos and bars at night doing wrong things, wearing wrong clothes. About 20% of girls are good.”

“When being raped, she shouldn’t fight back. She should be silent and allow the rape. Then they’d have dropped her off after ‘doing her’, and only hit the boy,” he said.

Chris – This part of Sebin’s post fosters anger and sadness. The thought that a woman who is being rubbed up against or groped can’t or won’t respond because immediately she will be judged, not the scumbag who is doing it, is unimaginable. Think of that. A woman or female youth could stand there, wholly minding their own business, but they will put up with the sexual assault or abuse because social etiquette has taught them somehow it is their fault.

I often refer to predators choosing their prey in an attack, but predators and prey appear to be defined differently in India. The target is not only victimized by the attacker but also by acceptable social etiquette in India.

A predator is not defined as what we think a predator is, but as the one in charge: to be respected, listened to, and whatever they subject you to verbally and physically is not just accepted but expected. After all, they have no responsibility for their actions because it is their victim’s fault.

The majority of the child abuse cases are convicted middle-aged men who manipulate familial relationships. The concept of younger ones should be obedient to elders is the favourable factor that helps the abuser set the target in a vulnerable position. A child is meant to respect and obey the elder siblings, relatives and neighbours. The child must fully trust them. An ideal child is obedient and never denies the order of a more aged person. Being disobedient will be projected as a crime, and the children fear being disobedient before the familial system. It favours the abuser to turn a good touch into a bad contact without any resistance. The abuser uses the strategy of typecasting by taunting the child’s fear to fulfill the sexual intention. They taunt, challenge, and frighten the children as part of the setup.

Cultural practices along social decorum maximize the chances of the sexual abuser. Kissing and hugging are standard customs, while addressing older ones is a gentle way to express respect. Since the neighbours play a vital role in children’s socialization, the recent POSCO case in Mumbai points to the threat of how abusers manipulate the obedient behaviour of the children. They convicted the accused of luring the 12-year-old female plaintiff to his house on the pretext of giving her guava and pressing her breast, and attempting to remove her salwar.

Luring, manipulation of relationships and taunting the fear of ideal behaviour favours the abuser.

Chris – Like North America, a child facing abuse is usually a family member or someone known to the victim. I regularly ask how a child has a chance of any normalcy growing up if they have faced the abuse for any amount of time, never mind a long history of it? Reading Sebin’s comments, a child growing up in this complete compliance environment to the adult male offers virtually little chance of growing up healthy, safe, and trauma-free. The child learns from an early age to listen, obey, and shut up because any other actions will worsen their life, not the abusers. Talk about a dream scenario for predators.

I encourage you to check out the following links provided by Sebin.